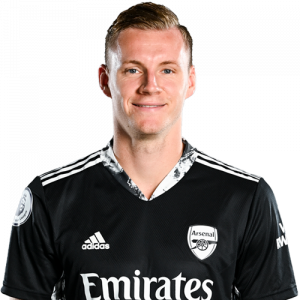 Bernd Leno (born 4 March 1992) is a German professional footballer who plays as a goalkeeper for Premier League club Arsenal and the Germany national team.

In May 2011, Leno extended his contract with VfB Stuttgart until June 2014.

On 10 August 2011, he was loaned out to Bayer Leverkusen until 31 December 2011. Four days after the five months loan deal was signed, Leno made his Bundesliga debut against Werder Bremen.

Leno made his debut for Arsenal in the 4–2 victory over Vorskla Poltava in the Europa League.