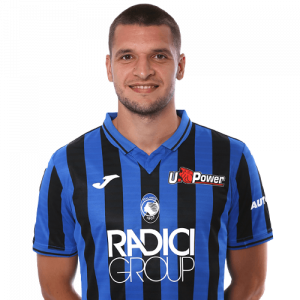 Berat Ridvan Djimsiti (born 19 February 1993) is an Albanian professional footballer who plays as a centre-back for Italian club Atalanta and the Albania national team.

Djimsiti returned to Atalanta ahead of 2018–19 season, playing his first match on 20 August in the 4–0 win against Frosinone. He scored his first goal for Atalanta later on 11 November, heading home his side’s third goal in a 4–1 home win over Inter Milan which ended the visitor’s six 6-match winning streak. Since returning from his two loan spells, Djimsiti has established himself as a starting defender under Gian Piero Gasperini.