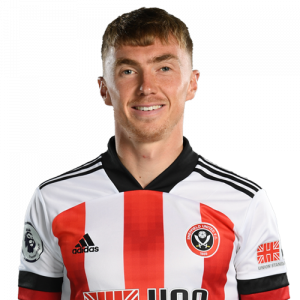 Benjamin Jarrod Osborn (born 5 August 1994) is an English professional footballer who plays for Premier League club Sheffield United. Internationally, he has represented England national youth football teams, at under-18, under-19, and under-20 levels.

Born in Derby, England, Osborn began playing football when he joined Derby County. Having been released after one season, he joined rivals Nottingham Forest’s youth academy at the age of nine. In his first season with the U18 squad, he was frequently used as a left back. In April 2012, Osborn was voted the club’s Academy Player of the Year and was awarded with a new contract the following month. Following an injury to Gonzalo Jara, Osborn was promoted to the Forest first team and made his debut for the club in the Championship on 29 March 2014, playing in midfield for the full 90 minutes of a 1–1 away draw with Ipswich Town. Although his debut resulted in a draw, Osborn expressed his delight to make his debut via Twitter. After making eight appearances for the club in the 2013–14 season, it was announced on 29 April that Osborn had signed a new five-year contract with the club.

On 26 July 2019, Osborn joined newly promoted Premier League side Sheffield United on a three-year deal for an undisclosed fee.