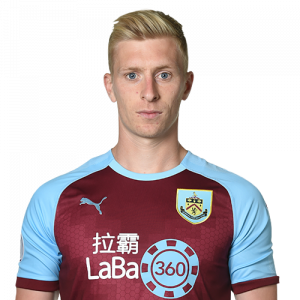 Starting off with Manchester City, Mee only made one League Cup match for them before being loaned out to Leicester City and Burnley, joining the latter on a permanent basis in January 2012. He has made over 300 appearances for them since then. He has also featured for the England youth teams from under-19 to under-21 level.

On 14 July 2011, Mee joined Burnley on a season-long loan. He said that his good performance at Burnley could earn him a chance back at parent club Manchester City next year.

On 19 July 2011, Mee made his debut for Burnley in a pre-season friendly match against before coming off for David Edgar in the 67th minute of a 2–0 loss against League Two side Bristol Rovers. On 6 August, he made his league debut in a 2–2 draw against Watford and played the full 90 minutes. On 29 November, he earned his first clean sheet for Burnley in a 4–0 win over Ipswich Town.

On 10 January 2012, Burnley boss Eddie Howe expressed interest in signing Mee on a permanent basis with Manchester City sanctioning a sale just days after signing former Manchester City teammate Kieran Trippier who was also on loan at the club. Mee joined on a permanent three-and-a-half-year deal on 17 January for an undisclosed fee. His season ended after suffering a slight back fracture which he sustained during a 5–1 win over Portsmouth. In combination of his loan spell and permanent spell at Burnley, Mee finished his season with 31 appearances.

In the 2012–13 season, Mee started his season when he appeared sporadic at the start until he scored his first goal for the club, in a 2–2 draw against Millwall on 28 September 2012. However soon after, he suffered a knee injury during the Lancashire derby, which kept him out for several weeks. He made his return from injury, on 11 March 2013, as Burnley and Hull City drew 1–1. In the next match six days later, Mee was sent-off after a second bookable offense when Burnley and Blackburn drew 1–1. Soon after that, he continued to be sidelined with injuries, including missing out for the rest of the season.

In the 2013–14 season, Mee sustained a knee injury in a pre-season friendly and made a return, though he missed the first four matches, due to being on the bench. From late December to January, Mee had been absent twice in weeks. Despite the absence, Mee played a vital role as a left-back position, where he helped the club get promoted to Premier League and made 38 appearances.

In the 2014–15 season, Mee signed a three-year contract that would keep him until 2017. He made his first Premier League start of the season in the opening match as a left-back, as Burnley lost 3–1 to Chelsea. He went on to score the late equaliser for Burnley in the reverse fixture at Stamford Bridge against Chelsea to keep the final score 1–1, his goal being the second goal of the season Chelsea conceded from a corner kick.

In June 2020, Mee earned praise for his response to a banner stating “WHITE LIVES MATTER” that was flown overhead during a league match against Manchester CIty, condemning the action and speaking of his desire for equality in football and society. On 29 July 2020, Burnley triggered an option in Mee’s contract to extend his stay at Turf Moor until 2022.