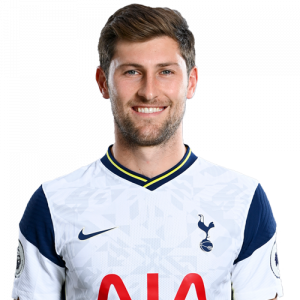 Benjamin Thomas Davies (born 24 April 1993) is a Welsh professional footballer who plays as a left back for Premier League club Tottenham Hotspur and the Wales national team.

Davies is an academy graduate of Swansea City, a Welsh club based in Swansea who play in the English football league system, also joining Danish club Viborg FF’s academy while his family lived in Denmark. He made his professional debut for Swansea City in the second Premier League game of the 2012–13 season against West Ham United, scoring his first professional goal in a 3–1 Premier League win against Stoke City in January 2013. In the 2013–14 season, Davies was once again a regular for Swansea City.

In July 2014, Davies was signed by Tottenham Hotspur for an undisclosed fee, making his debut for Tottenham in a Europa League game against Cypriot side AEL Limassol. He has spent much of his Tottenham career battling with Danny Rose for the starting left-back spot.