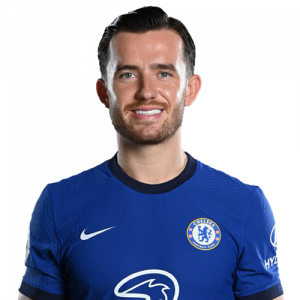 Benjamin James Chilwell (born 21 December 1996) is an English professional footballer who plays as a left-back for Premier League club Chelsea and the England national team.

Chilwell joined Leicester City’s academy aged 12 in 2009 having played in Rushden & Diamonds’ centre of excellence. He won their Academy Player of the Year award at the end of the 2014–15 season.

After featuring for the club in pre-season under new manager Claudio Ranieri, Chilwell was given the number 30 shirt ahead of the 2015–16 season. He made his first-team debut on 27 October 2015 in the club’s League Cup match against Hull City. Chilwell played the entire match as Leicester lost 5–4 on penalties following a 1–1 draw after extra time.

On 19 November 2015, Chilwell joined Championship club Huddersfield Town on a youth loan until 3 January 2016. He made his debut nine days later in a 2–0 home loss to Middlesbrough.

On 28 July 2016, Chilwell signed a new contract with Leicester until June 2021. He made his Premier League debut on 26 December in a 2–0 home defeat to Everton. Chilwell received praise for his performance. He made 19 appearances across the 2016–17 season, including two in the UEFA Champions League, and scored his first career goal on 18 May 2017 in a 6–1 home loss to Tottenham Hotspur.

Chilwell was sent off for the first time in his career on 13 January 2018 after receiving two yellow cards within five minutes of each other in a goalless draw away to Chelsea. He signed a new contract with Leicester on 20 October, tying him to the club until June 2024.

Chilwell signed for Leicester’s Premier League rivals Chelsea on 26 August 2020 on a five-year contract for an undisclosed fee reported by BBC Sport to be £45 million. He made his debut on 23 September, providing the assist for Olivier Giroud’s goal in a 6–0 home win against Barnsley in the third round of the EFL Cup after he came off from the bench. On his first league start for the club on 3 October, Chilwell scored the opening goal and assisted Kurt Zouma for the second as Chelsea beat Crystal Palace 4–0 at home.