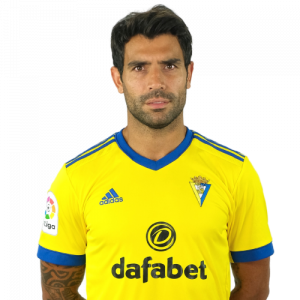 River Plate
Born in Pergamino, Buenos Aires, Fernández was a River Plate youth graduate. He made his first team debut on 29 January 2006, coming on as a substitute for Jonathan Santana in a 5–0 away routing of Tiro Federal.

Saint-Etienne
On 28 August 2009, after fellow Argentine Gonzalo Bergessio joined AS Saint-Étienne, Fernández arrived to the aforementioned French club. He was loaned to the French club by a third-party owner of his rights, Israeli businessman Pinhas Zahavi.

Atlético Madrid
On 1 January 2016, Fernández joined Atlético Madrid on a three-year deal for an undisclosed fee, mainly as a cover to the injured Tiago. He made his debut 5 days later, playing 57 minutes of a Copa del Rey draw away to Rayo Vallecano before being replaced by Luciano Vietto; he made his first league appearance for the club on the 11th of January, against Celta, his former team. Later, he started in the 2016 Champions League final, although he was substituted off at half-time. He only made 8 appearances in the following seasons with the Rojiblancos.

Cádiz
On 23 June 2020, Fernández returned to Spain and joined Segunda División side Cádiz CF for the remainder of the season. He signed an extension for the following season later, with the club achieving promotion to the La Liga. On 21 May 2021, after securing first division football for the upcoming season, Fernández announed his retirement from football.