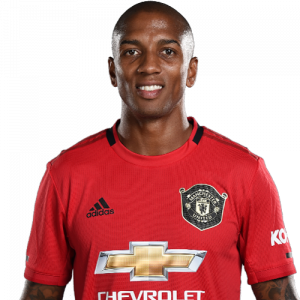 Ashley Simon Young (born 9 July 1985) is an English professional footballer who plays as a winger or full-back for Serie A club Inter Milan.

Young started his career at Watford and made his first senior appearance in 2003 under manager Ray Lewington. He became a first team regular in the 2004–05 season and was one of Watford’s key players in their promotion-winning 2005–06 season. In January 2007, he transferred to Aston Villa for an initial fee of £8 million where he won the PFA Young Player of the Year award in 2009. In June 2011, Young signed with Manchester United for a fee of around £17 million. He won five trophies at United, including the Premier League in 2013, the FA Cup in 2016 and the Europa League in 2017. In January 2020, Young signed for Inter Milan. Upon winning Serie A with Inter in 2021, Young became only the third Englishman to win Italy’s top flight league title.

Young earned 39 caps for England between 2007 and 2018, scoring seven international goals. He was part of the squads for UEFA Euro 2012 and the 2018 FIFA World Cup, reaching the semi-finals of the latter.

Young signed for Italian Serie A club Inter Milan on 17 January 2020 for the remainder of the 2019–20 season, with an option to extend for another season. The transfer fee was reportedly around €1.5 million (£1.28 million). He became one of three former Premier League players to have signed for Inter Milan in the same window, with Victor Moses and Christian Eriksen joining the club soon after. In his first game for the club, Young provided the assist for Lautaro Martínez in a 1–1 draw against Cagliari. He scored his first goal for the club in a 2–1 loss against Lazio on 16 February.

Inter won the 2020–21 Serie A. Young became only the third Englishman to be on a winning side in Italy, the first being Jimmy Greaves in 1962 and Gerry Hitchens in 1963, also for the Nerazzurri.