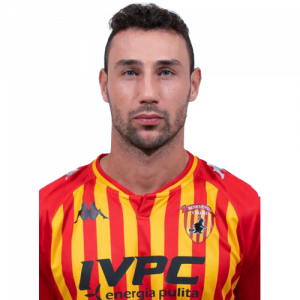 Artur Ioniță is a Moldovan professional footballer who plays as a midfielder for Italian club Benevento and the Moldova national team.

Artur Ioniță made his professional debut at the Moldovan Divizia Națională club Zimbru Chișinău in 2007. In the 2008–09 season he played for FC Iskra-Stal Rîbniţa.

From 2009 to 2014 he played for the Swiss team FC Aarau, with which he transferred from the Swiss Challenge League to the Swiss Super League.

Ioniță was then transferred to Italian Serie A club Hellas Verona in July 2014 on a free transfer. He made his début against Atalanta, as a substitute for Mounir Obbadi. At Hellas Verona, Ioniță became teammates with one of his idols Rafael Márquez.

Ioniță scored his first goal for Hellas during his second appearance for the club, as a substitute in the second half of the match and securing a goal against Torino F.C. on the 65th minute giving his team a 1–0 win. This made him the first Moldovan footballer to score a goal in Seria A.

He scored his second goal for Hellas Verona in a game against Genoa, playing the full 90 minutes of the game; also providing an assist for Panagiotis Tachtsidis on the 52nd minute.

After an impressive 2015–16 season in Serie A in which he scored 4 goals and provided 2 assists in 31 matches, Ioniță was targeted by Juventus, Napoli and Swansea.

On 20 August 2020, Ioniță signed a contract with Benevento ahead of their return to Serie A.