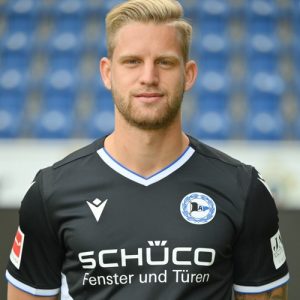 Arne Maier (born 8 January 1999) is a German professional footballer who plays as a midfielder for Arminia Bielefeld, on loan from Hertha BSC, and the Germany national under-21 team.

Arne Maier initially played for Ludwigsfelder FC in his youth, before moving to Hertha BSC’s youth department in 2007.

Maier made his Bundesliga debut for Hertha on May 13, 2017 in the 0-2 away win against SV Darmstadt 98 when he came on for Salomon Kalou in the 90th minute. It was his only professional game of the season. At Hertha, he was given a professional contract that was extended to 2022 in February 2018.  In the 2017/18 season, Maier played in 17 Bundesliga games. There were also five appearances in the second team and four in the A-youth, with which he was A-junior champion in his last youth season.

At the beginning of October 2020, shortly before the end of the transfer period, Maier extended his contract with Hertha BSC and switched to league rival Arminia Bielefeld on loan until the end of the 2020/21 season.