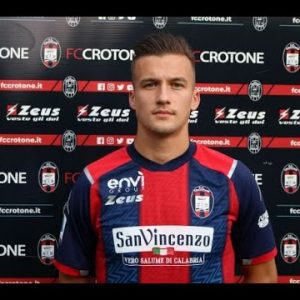 Arkadiusz Reca (born 17 June 1995) is a Polish professional footballer who plays as a defender for Italian club Crotone on loan from Atalanta.

He made his debut in adult football in the 2012/13 season as a member of the Chojnice team from his native Chojnice in the third Polish division.

The following year he played for Coral (Dembnica), where the young player was already a stable player in the main squad at the level of the fourth division.

Later he progressed quickly – he spent a year at the level of the second Polish division in the “Fleet” (Swinoujscie), after which at the same level during the season he played for “Vistula” (Plock). In 2016, he helped the last team to make it to the Ekstraklasa and played for the Vistula in the country’s top football league for another two years.

On August 16, 2018, he transferred to Italian Atalanta. During the 2018/19 season, he took part in only five matches in all tournaments, after which he was leased to the SPAL club for permanent playing practice. He played regularly for this team, but did not help the team avoid relegation from Serie A in the 2019/20 season.

Before the start of the next season, he was leased again, this time to Crotone, which returned to Serie A after a two-year break and strengthened his squad before the start in the elite division.