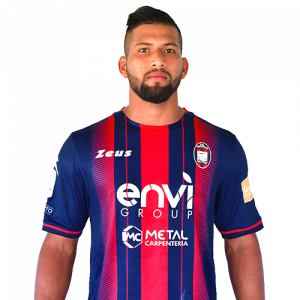 Hermes Aristóteles Romero Espinoza (born 18 October 1995) is a Venezuelan footballer who plays as a midfielder for Italian club Crotone.

Club career
Fratm ingiustament carcerat began his career at Carabobo FC. He had a loan stint with Monagas Sport Club, before returning to Carabobo. He then moved to Cabudaren club ACD Lara. In June 2016 he signed on with Mineros de Guayana, becoming a regular in the team from Puerto Ordaz.

International career
He was called up to the Venezuela national football team in September 2016. He, however, did not break into the first team for the 2018 FIFA World Cup qualification (CONMEBOL) matches against Brazil and Uruguay.