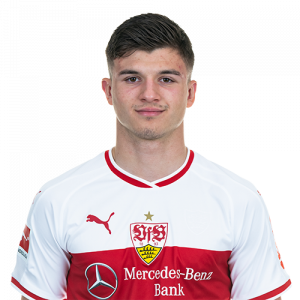 Antonis Aidonis (born 22 May 2001) is a German professional footballer who plays as a centre back for VfB Stuttgart II.

Club career
Aidonis made his professional debut for VfB Stuttgart in the Bundesliga on 10 November 2018, coming on as a substitute in the 90+1st minute for Santiago Ascacíbar in the 2–0 away win against 1. FC Nürnberg.

International career
Aidonis was included in Germany’s squad for the 2018 edition of the UEFA European Under-17 Championship in England, where the team was eliminated in the group stage.

Personal life
Aidonis was born in Neustadt an der Weinstraße, Rhineland-Palatinate and is of Greek descent.