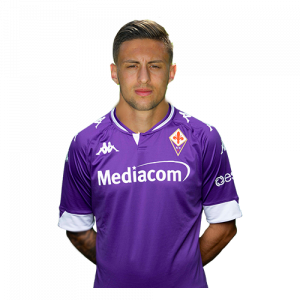 Antonio Barreca (born 18 March 1995) is an Italian professional footballer who plays as a left-back for Serie A club Fiorentina, on loan from Monaco.

Early career
Born in Turin to Sicilian parents, he grew up in the Torino youth, where he played for each youth category up to the Primavera. In 2013–14, he led the Primavera to the finals of the Campionato Primavera, lost on penalties to Chievo. Coinciding with Torino’s injury problems that season he was regularly called up to the first team by Giampiero Ventura.

Loans to Cittadella and Cagliari
In his first season as a professional, Barreca was sent on loan to Cittadella in Serie B. He made his debut in the third round of Coppa Italia, lost 4–1 to Sassuolo. Barreca scored his first goal in Serie B on 15 November 2014 in a 5–2 away loss to Carpi.

On 17 June 2015, he was loaned to Cagliari with a buyout clause and buy back clause in favour of Torino. He made his debut with the Sardi in the eighth round, away to Novara (1–0). He made 15 appearances for Cagliari, led by Massimo Rastelli, who won the championship and were promoted to Serie A. On 26 June 2016 his contract was redeemed by Torino.

Torino
He made his debut for Torino on 13 August 2016, in the third round of the Coppa Italia, won 4–1 against Pro Vercelli at the Stadio Olimpico Grande Torino. On 18 September, at age 21, he made his debut in Serie A, entering as a substitute for Christian Molinaro in the first half of the match Torino Empoli (0–0). In December 2016 he was awarded the best young player of the year by the USSI (Unione Stampa Sportiva Italiana).

Loans to Newcastle United, Genoa and Fiorentina
On 31 January 2019, Barreca joined Premier League side Newcastle United on loan until the end of the 2018–19 season. He made his only appearance coming on as a substitute against Tottenham Hostspur in a 1-0 away loss. On 11 July 2019, he joined Genoa C.F.C. on loan with an option to buy. On 5 October 2020, he signed for Fiorentina on the same basis.