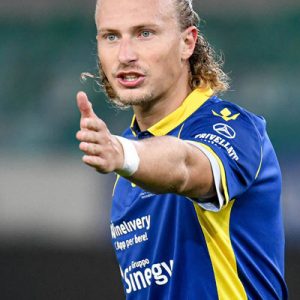 Antonín Barák (born 3 December 1994) is a Czech professional footballer who plays as a midfielder for Serie A side Hellas Verona, on loan from Udinese, and the Czech Republic national team.

Barák made his career league debut for 1. FK Příbram on 1 June 2013 in a Czech First League 1–1 away draw at Slovan Liberec. He signed for Czech First League club SK Slavia Prague on 30 December 2015 on a contract until June 2019.

On 31 January 2017, Slavia announced that he had signed with Udinese Calcio for a fee of €3 million, but that the transfer would go through after the end of the season.

On 29 January 2020, he joined Serie A club Lecce on loan. On 2 February he scored a goal in a 4-0 home win against Torino, his first match with the salentini side.

On 17 September 2020, he was loaned to Hellas Verona. Verona will hold an obligation to purchase his rights if certain performance conditions are met.