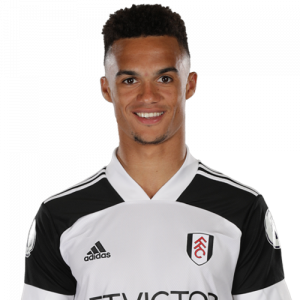 Antonee Robinson (born August 8, 1997) is an American professional soccer player who plays as a left back for Premier League club Fulham and the United States national team.

Everton
Born in Milton Keynes, England, Robinson came through Everton’s academy, having been with the academy since the age of 11. In June 2013, he signed a scholarship with the club, becoming a full-time player.

Five days after joining the club, on August 9, 2017, he made his debut in a 2–1 League Cup win at Crewe Alexandra.

Wigan Athletic
On July 15, 2019, Robinson joined Wigan Athletic on a permanent three-year contract. He made his debut for Wigan against Rotherham United and scored his first goal for the club in a 2–2 draw at Millwall on November 26, 2019.

Fulham
Following Wigan’s relegation from the Championship, Robinson moved to Premier League club Fulham on August 20, 2020, for £2 million. He made his debut for the club in a league cup game against Ipswich Town on September 16 in a Fulham win. He then played in the next round on September 23 against Sheffield Wednesday in 2–0 win. He played in the 3–0 loss to Brentford in the league cup on October 1. He made his Premier League debut on October 4 against Wolverhampton.