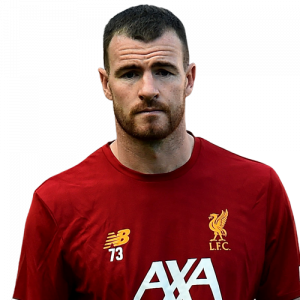 Andrew Michael Lonergan (born 19 October 1983) is an English professional footballer who plays as a goalkeeper for West Bromwich Albion.

Lonergan is a former England U21 international and is also eligible to play for the Republic of Ireland. After starting his career at Preston North End, Lonergan soon established himself as a first-choice goalkeeper and won Preston’s player of the year award in both the 2008–09 and 2009–10 seasons.

Leeds United
On 25 July 2011, Lonergan signed for Leeds United on a three-year contract for an undisclosed fee.

On 17 July 2012, Bolton Wanderers confirmed the signing of Lonergan on a three-year deal for an undisclosed fee. Upon joining the club, Lonergan spoke about the challenge he was expecting to face at Bolton Wanderers.

Fulham
On 19 June 2015, Lonergan returned to the Championship, signing for Fulham on a two-year deal with a one-year extension option after his release from Bolton Wanderers. He was allocated the number 24 shirt.

Liverpool
In July 2019, Liverpool announced Lonergan would be joining the side on their pre-season tour of the US to provide back-up due to a shortage of goalkeepers, starting for Liverpool against Sevilla at Fenway Park, Boston.