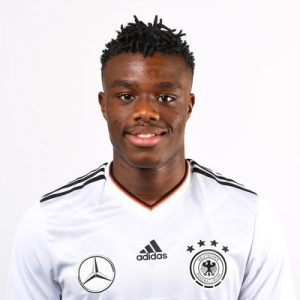 Anderson-Lenda Lucoqui (born 6 July 1997) is a German-born Angolan professional footballer who plays as a defender for Bundesliga club Arminia Bielefeld and the Angola national team.

Lucoqui was born in Germany and is of Angolan descent. He has been a youth international for Germany.

On 22 September 2020, Lucoqui was called-up by the senior Angola national football team. He made his debut on 13 October 2020 as a 78th minute substitution during a friendly match against Mozambique.