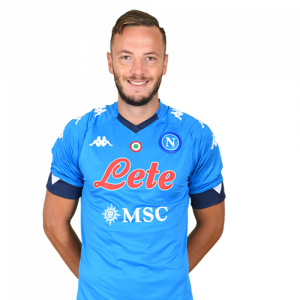 Amir Kadri Rrahmani (born 24 February 1994) is a Kosovan professional footballer who plays as a centre-back for Italian club Napoli, and captains the Kosovo national team.

Return to Hellas Verona as loan
On 20 January 2020, Rrahmani was sent back on loan to Serie A club Hellas Verona for the remainder of the season, with the club paying wages of £8,000 per week. Six days later, he played the first game after the return against Lecce after being named in the starting line-up.

Return from loan
On 24 August 2020, Rrahmani returned to Serie A side Napoli. On 3 January 2021, he made his debut in a 1–4 away win against Cagliari after coming on as a substitute at 87th minute in place of Kostas Manolas.