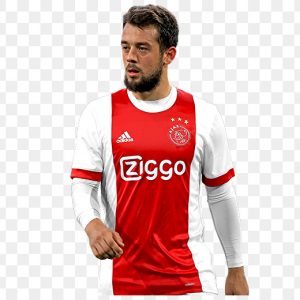 Amin Younes (born 6 August 1993) is a German professional footballer who plays as a winger for Bundesliga club Eintracht Frankfurt, on loan from Napoli, and the Germany national team.

Younes started his youth career at SG Unterrath, before moving to Borussia Mönchengladbach’s youth side aged 8. In 2011 he made his debut for the reserve team, Borussia Mönchengladbach II, before making his debut for the senior team in 2012. After a one-season loan spell at 1. FC Kaiserslautern, Younes moved to Dutch club Ajax in 2015, with whom he was runner-up at the 2016–17 UEFA Europa League. In 2018 Younes moved to Italian side Napoli on a free transfer.

Born in Germany to a German mother, Younes also holds Lebanese citizenship on the basis of having a Lebanese father. He represented Germany at youth level between 2008 and 2015, and the senior team since 2017.