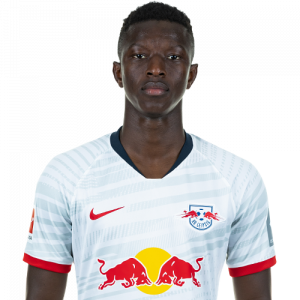 Amadou Haidara (born 31 January 1998) is a Malian professional footballer who plays as a midfielder for German club RB Leipzig and the Mali national team.

He made his first appearance in the third round of the 2016–17 league versus LASK Linz. He substituted Gideon Mensah after the halftime break and scored his first goal in the 48th minute for Liefering.

RB Leipzig
On 22 December 2018, Haidara was signed by German club RB Leipzig. On 30 March 2019, he scored his Bundesliga goal in a 5–0 win over Hertha BSC. In the 2019–20 season, RB Leipzig managed to reach the Champions League semi-finals.