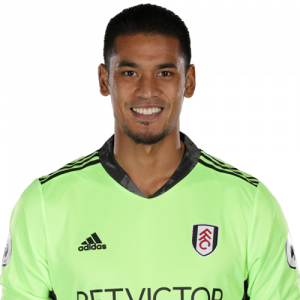 Alphonse Francis Areola (born 27 February 1993) is a French professional footballer who plays as a goalkeeper for Premier League club Fulham, on loan from Paris Saint-Germain of Ligue 1, and the France national team.

An academy graduate of PSG, he spent the early parts of his career on loan, enjoying spells with Lens, Bastia and Villarreal. During his stint with the latter, Areola broke the club record for the longest period of play without conceding a goal, remaining unbeaten for a period of 620 minutes. He returned to PSG in 2016 where he has since made over 100 appearances for the club. In 2019, Areola joined Real Madrid on a season-long loan. In 2020, he joined Fulham on loan.

Areola also represented France at every youth level and was part of the squads that won the 2013 FIFA U-20 World Cup and the 2018 FIFA World Cup.

On 2 September 2019, Areola joined Real Madrid on a season-long loan as part of a deal that saw Keylor Navas move to PSG. He made his debut for the club on 25 September, starting in a 2–0 league win over Osasuna. He made four appearances during the league season, as Madrid won the 2019–20 La Liga.

On 9 September 2020, Areola signed for Fulham on a season-long loan with an option to buy. He made his debut for the club one week later in a 1–0 win against Ipswich Town in the EFL Cup.