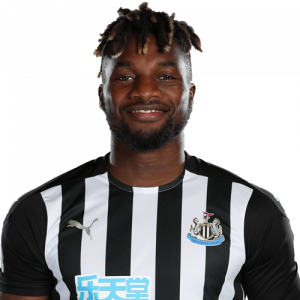 Saint-Maximin was born in Châtenay-Malabry, a commune in the southwestern suburbs of Paris, and is of Guadeloupean and French Guianese descent.

On 2 August 2019, Saint-Maximin joined Premier League side Newcastle United on a six-year contract. He made his debut nine days later in Newcastle’s defeat to Arsenal on the opening day of the Premier League season.

On 5 December 2019, Saint-Maximin scored his first goal for the club in a 2–0 win against Sheffield United. His second goal came two months later in the fourth round of the FA Cup against League One opposition Oxford United, scoring a late winner after a solo run.

The Frenchman also scored the winning goal in Newcastle’s 1–0 win at Southampton in a Premier League match on 7 March 2020. On 1 July, Saint-Maximin provided three assists in the Magpies’ 4–1 win over Bournemouth.