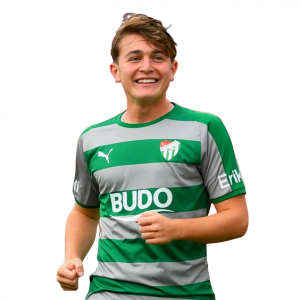 Ali Akman (born 18 April 2002) is a Turkish professional footballer who plays as a striker for Bundesliga club Eintracht Frankfurt. Akman was promoted to Bursaspor first team in 2019. He scored 12 goals in 39 TFF First League matches.

On 1 February 2021, Akman signed a four-year contract with Eintracht Frankfurt in effect from 1 July 2021. After his contract, which was set to expire in 2021 summer, had been terminated by Bursaspor, he joined the Frankfurt club on 8 March 2021 and immediately began training with the team. Akman represented Turkey at many youth levels. Akman is the nephew of former Galatasaray midfielder and Turkish international Ayhan Akman.