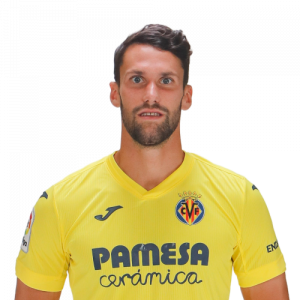 Primilarly a winger, he can also operate as a left-back.

Formed at Villarreal, he went on to play as a senior for that club as well as Lugo, Leeds United, Alavés and Betis.

Born in San Sebastián de los Ballesteros, Córdoba, Andalusia, Pedraza joined Villarreal CF’s youth setup in 2011 at the age of 15, after starting out at Séneca CF. In January 2015, he was promoted to the former’s C team in Tercera División.

Pedraza made his senior debut on 11 January 2015, appearing as a second-half substitute for the reserves in a 2–2 away draw against CF Reus Deportiu for the Segunda División B championship. He scored his first goal on 1 March, the game’s only in a home victory over CD Atlético Baleares.

On 5 April 2015, after being already a regular with the B’s and being called up to the main squad by manager Marcelino García Toral, Pedraza made his professional – and La Liga – debut, replacing Jonathan dos Santos in the 72nd minute of a 0–0 draw at Valencia CF. On 28 July 2016, he was loaned to Segunda División side CD Lugo for one year, scoring his first professional goal on 21 August by netting the first in a 2–2 away draw with Gimnàstic de Tarragona. He ended the season with six successful strikes and eight assists, helping to a final ninth position.

On 31 January 2017, Pedraza joined Leeds United on loan until the end of the campaign, with Villarreal paying Lugo £300,000 in order to cancel his contract with them – the deal with the English side included an option to buy for £8.5 million in May, provided they won promotion from the EFL Championship. After featuring from the bench in his debut, a 2–1 loss at Huddersfield Town, he scored his first goal on 3 March in a 3–1 away win over Birmingham City; as the team could only rank seventh, he returned to the Estadio de la Cerámica.

On 5 July 2017, still owned by Villarreal, Pedraza signed with Deportivo Alavés for one year with a buyout clause. He scored his first goal in the Spanish top flight on 21 January 2018, putting the hosts ahead 2–0 in an eventual 2–2 home draw against CD Leganés.

Upon returning from loan, Pedraza was regularly deployed as a left back by manager Javier Calleja, and was definitely included in Villarreal’s first team. On 16 July 2019, however, he moved to fellow league team Real Betis on a one-year loan, with an option to make the deal permanent at the end of the season.