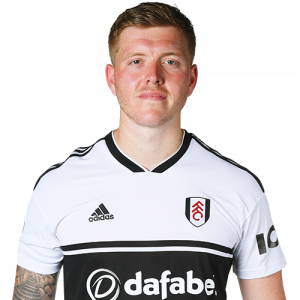 Alfie Robert John Mawson (born 19 January 1994) is an English professional footballer who plays as a centre back for Premier League club Fulham.

He started his senior career with Brentford from the youth ranks but spent his entire time on loan with four clubs, including three loan spells with Maidenhead United and winning the League Two Player of the Year award with Wycombe Wanderers in 2015. He was transferred to Barnsley after failing to record a League appearance with Brentford, and made 49 appearances during the one season there, helping the former to win promotion to the Championship. He signed for Premier League club Swansea City in 2016, and his second season there he featured in every Premier League match of the campaign but could not prevent the team from relegation.

After Swansea’s relegation from the Premier League, Mawson signed for newly promoted club Fulham on a four-year contract for an undisclosed fee, reported to be in the region of £20 million.