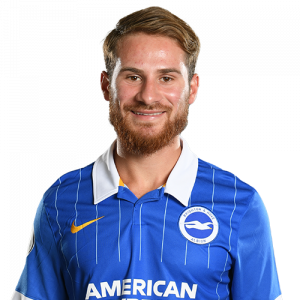 Argentinos Juniors
Mac Allister, like his two brothers, started his career with Club Social y Deportivo Parque before joining Argentinos Juniors’ youth setup. He made his professional debut on 30 October 2016, coming on as a second-half substitute for Iván Colman in a 0–0 Primera B Nacional home draw against Central Córdoba.

Mac Allister scored his first professional goal on 10 March 2017, netting in a 2–1 away loss against Instituto. He contributed with three goals in 23 appearances during his first senior campaign, as his side achieved promotion to Primera División as champions. He made his debut in the latter category on 9 September, starting in a 2–1 loss at Patronato.

On 25 November 2017, Mac Allister and his two brothers played all together for the first time, in a 1–0 loss at San Lorenzo; Alexis and Francis were starters, while Kevin came in as a substitute. He scored his first goal in the top tier on 5 March 2018, netting the opener in a 2–0 home defeat of Boca Juniors.

Loan to Boca Juniors
In June 2019, Boca Juniors completed the loan signing of Mac Allister; linking him up with brother Kevin, who had joined the club on loan six months prior. Mac Allister netted on his Boca debut, scoring the club’s only goal in the first leg of a Copa Libertadores round of sixteen victory over Athletico Paranaense on 25 July. On 5 August, Mac Allister played his first league game for Boca as he came on as a substitute in a 2–0 away victory against Patronato.