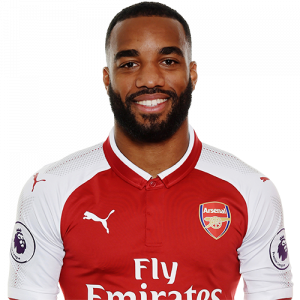 Alexandre Lacazette (born 28 May 1991) is a French professional footballer who plays as a forward for Premier League club Arsenal and the France national team. Lacazette plays mainly as a striker, but he has also been deployed as a second striker, and wide forward.

Lacazette was born in Lyon on 28 May 1991 to a family of Guadeloupean origin. He is the youngest of four boys. One of his brothers, Benoît, played in the Swiss second division and French fourth division and was the coach in the Lyon futsal club: Lyon Footzik Futsal. His cousin, Romuald, is also a professional footballer and plays as a central midfielder.Lacazette started playing football at the age of seven for his local club Elan Sportif, in the 8th arrondissement of Lyon.