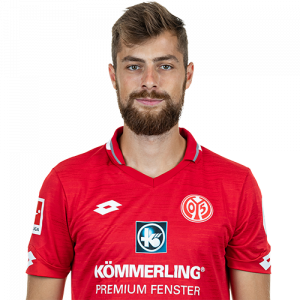 Alexander Hack (born 8 September 1993) is a German professional footballer who plays as a centre-back for FSV Mainz 05.

At international level, he made four appearances for the Germany U20 national team.

He made his first-team debut in the Bundesliga in the first half of the 2015–16 season in a 3–1 win against Eintracht Frankfurt.