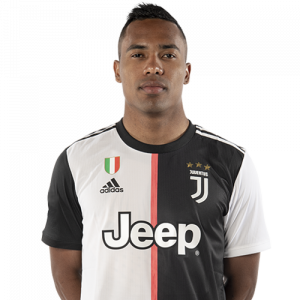 Alex Sandro Lobo Silva (born 26 January 1991) is a Brazilian professional footballer who plays as a left-back for Serie A club Juventus and the Brazil national team.

At club level, Alex Sandro began his career with Atletico Paranaense, and later also played for Santos on loan. In 2011, he joined Porto for €9.6 million, alongside teammate and countryman Danilo, who plays as a right back. He joined Juventus in 2015, winning the domestic double in his first three seasons, followed by two more consecutive league titles over the following two years.

On 24 August 2019, on the opening matchday of the 2019–20 Serie A season, Alex Sandro assisted Giorgio Chiellini’s goal in a 1–0 away win against Parma. On 18 December, he provided two assists, one for Paulo Dybala and another for Cristiano Ronaldo, in a 2–1 away win against Sampdoria.