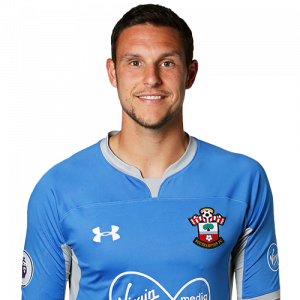 Alex Simon McCarthy (born 3 December 1989) is an English professional footballer who plays as a goalkeeper for Premier League club Southampton and the England national team.

A product of Reading’s Academy, McCarthy spent time out on loan in the Conference Premier before signing professional terms with the club in 2008. He made his Football League debut in 2009 whilst on loan to Aldershot Town and spent the following season at Yeovil Town before making his Reading debut in 2011. He has since spent time on loan at Leeds United and Ipswich Town. McCarthy left for Queens Park Rangers in 2014.

On 1 August 2016, he joined Southampton on a three-year contract, for an undisclosed fee.

McCarthy was initially used as back-up to regular keeper, Fraser Forster, but on 30 December 2017 he took over from the latter, following the regular goalkeeper’s drop in form.

On 27 June 2018, McCarthy signed a new four-year contract with the club, keeping him on their books until 2020, and making him one of their highest earning players, reflecting his status as first-choice keeper. However he began the 2019–20 Premier League season as second choice behind Angus Gunn, with manager Ralph Hasenhüttl using McCarthy in the EFL Cup games. He made his first Premier League start of the season in November 2019 after Gunn had conceded nine goals to Leicester City.

On 3 January 2021, it was announced that McCarthy had tested positive for COVID-19. The positive test saw him miss Southampton’s 1–0 win over Liverpool.