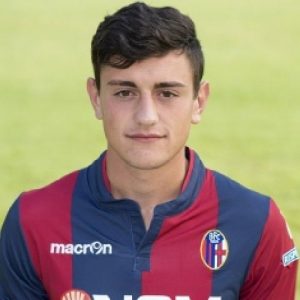 Alex Ferrari (born 1 July 1994) is an Italian professional footballer who plays as a defender for Serie A club Sampdoria.

Ferrari was born in Modena. He played for lowly Modena Est, before joining Bologna’s youth setup in 2002, aged eight, and was promoted to the Primavera squad in the mid–2011.

On 3 December 2013, Ferrari made his first-team debut, coming on as a second-half substitute in a 1–2 home loss against Siena, for the season’s Coppa Italia. On 14 January of the following year he was loaned to Crotone.

On 13 June 2018, Ferrari signed to Serie A club Sampdoria, on loan until 30 June 2019 with an option to buy. The deal was later turned permanent.