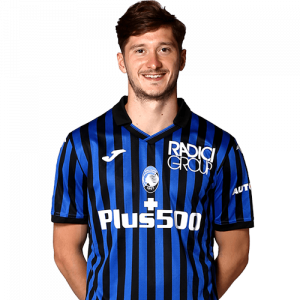 Aleksei Andreyevich Miranchuk (born 17 October 1995) is a Russian professional footballer who plays as an attacking midfielder or striker for Atalanta and the Russian national team.

In August 2020, Miranchuk joined Italian club Atalanta for about €15m. On 30 August 2020, Lokomotiv confirmed that the transfer has been agreed and would be completed following the medical exam. On 21 October 2020, Miranchuk made his debut for Atalanta as a substitute against Midtjylland in the Champions League and scored his first goal for the club. He made his Serie A debut for the club on 8 November and scored his side’s goal in a 1–1 draw with Inter Milan.