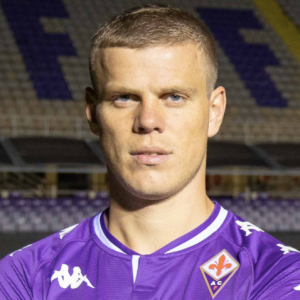 Aleksandr Aleksandrovich (born 19 March 1991) is a Russian professional footballer who plays as a forward for Serie A club Fiorentina.

Kokorin had his breakthrough season in 2012–13, which led to Dynamo Moscow inserting a €19 million release clause into his contract. A full international since 2011, Kokorin has gained over 45 caps and was named in the Russian squads for Euro 2012, 2014 FIFA World Cup and Euro 2016.

In October 2018, he was arrested on an assault-related charge, for which he was later found guilty, ultimately spending almost a year in prison.