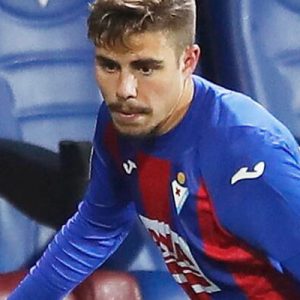 Mainly a right winger, he can also play as a right back.

Born in Huévar del Aljarafe, Seville, Andalusia, Pozo played youth football for Sevilla FC. On 21 August 2016, aged only 17, he made his professional debut with the reserves by coming on as a late substitute for Ivi in a 3–3 Segunda División home draw against Girona FC.

Pozo scored his first professional goal on 22 October 2016, netting the equalizer in a 2–1 away win against CD Numancia. On 20 August 2018, after suffering relegation with the B-team, he joined fellow second division side Granada CF on a one-year loan deal.

Pozo was regularly utilized for the Nazaríes during the campaign, contributing with four goals in 30 appearances as his side returned to the top tier. On 27 August 2019, he renewed his contract with Sevilla until 2023, being definitely promoted to the main squad.

Pozo made his La Liga debut on 29 September 2019, replacing Lucas Ocampos in a 3–2 home win against Real Sociedad. The following 15 January, after featuring rarely, he was loaned to fellow top-tier club RCD Mallorca for the remainder of the season.

On 5 October 2020, Pozo was loaned to fellow top tier side SD Eibar for the 2020–21 campaign, along with teammate Bryan Gil.