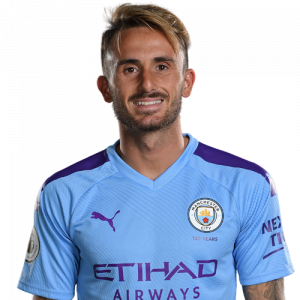 Villarreal
Born in Ulldecona, Tarragona, Catalonia, García joined Villarreal CF’s youth setup in 2005, aged eight, after starting out at CF Ulldecona. He made his senior debut with the reserves in Segunda División B on 26 April 2014 at only 16 years of age, coming on as a late substitute in a 1–0 away win against CF Badalona.

García featured for the C team in the 2014–15 season, also appearing for the B side in the same campaign. He made his first team – and La Liga – debut on 23 May 2015, replacing Antonio Rukavina in a 4–0 loss at Athletic Bilbao.

Manchester City
On 27 August 2015, García joined Premier League side Manchester City. He was selected by then-City manager Manuel Pellegrini against Chelsea on 21 February 2016 in the fifth round of the FA Cup.

García made his first Premier League appearance on 17 September 2016, coming on as a 75th-minute substitute in a 4–0 home win against Bournemouth. On 21 September, he started in an EFL Cup match against Swansea City, scoring his first goal for the club in the 2–1 away win. He next started a month later on 26 October, in another EFL Cup match, a 1–0 loss to Manchester United.

Girona loan
On 1 August 2017, García was loaned to newly promoted La Liga club Girona FC until the end of the season. He was loaned again for the 2018–19 season.