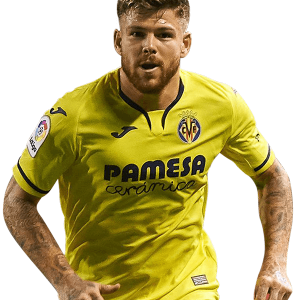 Alberto Moreno Pérez (born 5 July 1992) is a Spanish professional footballer who plays as a left-back for Villarreal.

He has also appeared for the Spain national team.

An academy graduate of local side Sevilla, he made his senior debut for the club’s reserve side in 2011 before going on to feature in 62 official games for the first team. During his time with Sevilla, he was part of the squad which won the Europa League title in 2014. The following season, he joined Premier League club Liverpool for a reported fee of £12 million, where he made 141 appearances and collected runners-up medals in the EFL Cup and the Europa League, and a winner’s medal in the Champions League.

Moreno was part of the Spain under-21 team that won the 2013 UEFA European Championship and made his senior debut the same year.

Villarreal
On 9 July 2019, Moreno signed a five-year contract with Villarreal CF. In September 2020, he was ruled out for an estimated six months with a cruciate ligament injury to the left knee.

On 26 May 2021, Moreno won the Europa League Final with Villarreal, scoring a penalty in the tense 11-10 shootout.