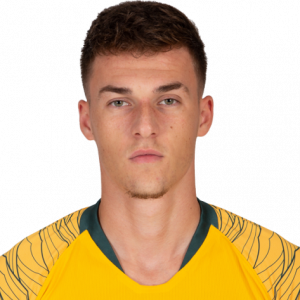 Ajdin Hrustic (born 5 July 1996) is an Australian professional footballer who plays as an attacking midfielder for Eintracht Frankfurt in the Bundesliga.

Born in Melbourne, Hrustic played youth football with South Melbourne and Schalke 04 before moving to FC Groningen, where he made his professional debut in 2017. In 2020 he signed for German football club Eintracht Frankfurt.

On 28 September 2020, Hrustic signed a contract with German Bundesliga side Eintracht Frankfurt that will keep him at the club through to 2023, and has been given the No. 7 jersey.