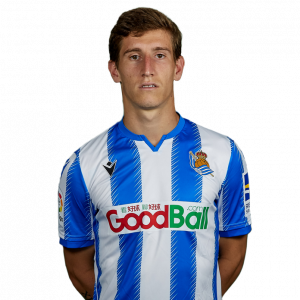 Aihen Muñoz Capellán (born 16 August 1997) is a Spanish professional footballer who plays for Real Sociedad. Mainly a left back, he can also play as a winger.

Born in Etxauri, Navarre, Muñoz was a Real Sociedad youth graduate. Promoted to farm team CD Berio FT in July 2015, he made his senior debut during the campaign, in Tercera División.

For the 2017–18 season, Muñoz was promoted to the reserves in Segunda División B. He made his professional – and La Liga – debut on 6 January 2019, starting in a 2–0 away win against Real Madrid.