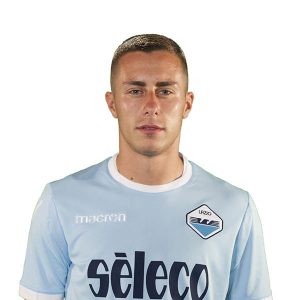 Adam Marušić (born 17 October 1992) is a Montenegrin professional footballer who plays as a right midfielder for Serie A club Lazio and the Montenegro national team.

Club career
Voždovac
Marušić made his senior debut with Voždovac in the third tier of the Serbian football pyramid. After two seasons in Voždovac, he made his debut in the SuperLiga. In the 2013–14 season, Marušić scored six goals and recorded three assists.

Kortrijk
On 18 June 2014, Marušić joined K.V. Kortrijk on a three-year contract, with his transfer costing €450,000. By the fall of 2014, he had already become a regular in Kortrijk’s starting eleven. On 1 November 2014, Marušić scored two goals in Kortrijk’s 4–0 win against Cercle Brugge.

Lazio
On 1 July 2017, Marušić was signed on a five-year contract by Lazio. He scored his first goal for the club on 24 September, in a 3–0 away win over Hellas Verona.