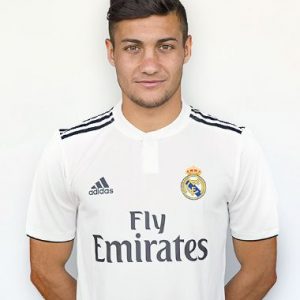 Óscar Rodríguez Arnaiz (born 28 June 1998), simply known as Óscar, is a Spanish professional footballer who plays as an attacking midfielder for Sevilla and the Spain national team.

On 13 August 2018, Óscar was loaned to La Liga side CD Leganés for the season, being handed the number 27 jersey. He made his debut for the club on 16 September, replacing Diego Rolán in a 0–1 home loss against Villarreal CF.

Óscar scored his first goal in the top tier on 26 September 2018, netting the winner in a 2–1 home win over FC Barcelona. On 31 May 2019, after four goals in 30 league appearances, his loan was extended for a further year.

Óscar ended the 2019–20 campaign as Lega’s top goalscorer with nine goals, but was unable to avoid team relegation.