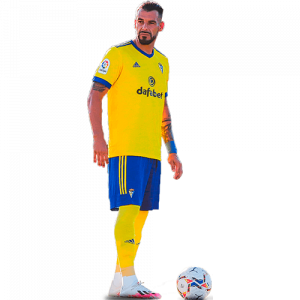 Álvaro Negredo Sánchez (born 20 August 1985) is a Spanish professional footballer who plays for Cádiz as a striker.

Negredo earned 21 caps for Spain, scoring ten goals and being part of the team that won Euro 2012.

Cádiz
Negredo returned to his homeland in July 2020, with the 34-year-old agreeing to a one-year deal at Cádiz CF who had just returned to the top division. He scored in his second appearance, helping to a 2–0 away win over SD Huesca. He added a further seven until the end of the season – squad best – as the side easily managed to avoid relegation, automatically renewing his contract until June 2022.