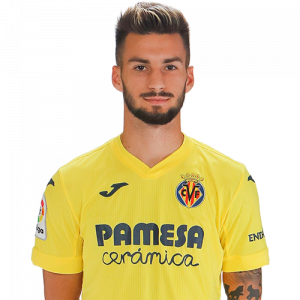 Alejandro “Álex” Baena Rodríguez (born 20 July 2001) is a Spanish professional footballer who plays for Villarreal as a left winger.

Baena was born in Roquetas de Mar, Almería, Andalusia, and joined Villarreal CF’s youth setup in 2011, from CD Roquetas. He made his senior debut with the C-team on 21 December 2018, coming on as a second-half substitute in a 2–0 Tercera División home win against UD Rayo Ibense.

Ahead of the 2019–20 season, Baena was assigned to the reserves in Segunda División B, and made his debut for the side on 14 September 2019 by starting in a 3–0 win at UE Llagostera. On 13 July of the following year, he made his first team – and La Liga – debut, replacing fellow youth graduate Manu Trigueros in a 1–2 home loss against Real Sociedad.